Perspectives of Success in Technology

Attend this panel discussion to be inspired by empowering stories in the workplace! 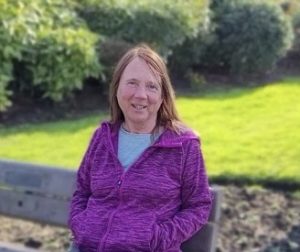 Janet Read is a Professor of Child Computer Interaction and the Director of the Digital Life Centre at UCLan in Preston.  For over 20 years she has been researching evaluation and design with and for children and her contributions to that field include inaugurating the International Interaction Design and Children Conference and the International Journal of Child Computer Interaction.  As someone who began her career in academia late (previously a Maths teacher and then completing her PhD with four school children at home), Janet has mentored female academics, has focussed considerable effort on STEM activities for girls but has also gained many insights into being a successful academic who is also a woman. 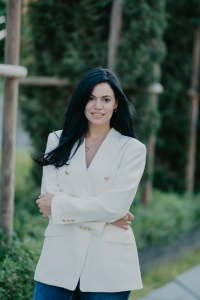 Dr. Maria Terzi is the Co-Founder and CEO of Malloc – a privacy and data security startup focused on detecting spyware and  preventing unattended data recordings or transmissions in mobile devices, that has been backed by Y Combinator and received almost $2M seed investment last summer(August, 2021). Maria holds a BSc in Computer Science and a Ph.D. in Machine Learning and Recommender Systems from the University of Lancaster, funded by EPSRC. She has previously worked at Google (Zurich), the KIOS Research and Innovation Centre of Excellence, the Cyprus University of Technology, UCLan Cyprus  and the University of Cyprus among others. Maria has won two Google hackathons (London 2011,2012), she was selected as a finalist Women TechMakers Scholar (2017), and as a Secure and Private AI scholar by Facebook (2020). Maria is also the organising team of hack{cyprus} contributing to the evolution of the technological ecosystem in Cyprus. 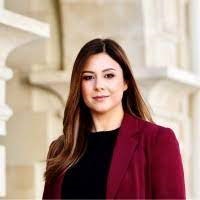 Marianna holds a PhD in Cardiovascular Medical Research from British Heart Foundation/King’s College London and focuses on personalized oncology and its translation into innovative solutions for improving the quality of life in cancer patients in her research. She is the co-founder of three biotech companies; RSL Revolutionary Labs Ltd develops innovative dermaceuticals for the relief and healing of skin side effects in oncological patients; Promed Bioscience Ltd develops medical biomaterials with 3D-atelocollagen for medical applications, synthesis of 3D-artificial organs and tissues; Theramir Ltd develops new generation personalized therapies and diagnostic platforms for cancer based on nanotechnology and microRNAs. She has received numerous awards for her work, e.g.: 2022 King’s Distinguished Alumni Award in STEM (London, UK), the Republic of Cyprus Research Award Life Sciences 2021, the American Society of Biochemistry & Molecular Biology conference Award 2021 and the Madame FigaroWoman of the Year in Innovation Award 2020. She is a Member to the Board of Directors at the Cancer Research & Innovation Centre Cyprus and Vice Chair of the Development Committee for the Parallel Parliament of Entrepreneurship in the House of Representatives Cyprus from November 2020. Marianna volunteers as a mentor for young people and females in many entrepreneurship programs such as the Junior Achievement Cyprus, Beyond Accelerator JA Novartis Oncology Cyprus and ARIS curated by Deloitte’s Innovation Centre. As a mentor and role model for female empowerment in AIPFE Cyprus Women of Europe, at Deloitte She.Can.STEM Program, at FeSTEM (Female Empowerment in STEM) European Horizon Program, at Cyprus University of Technology Women in STEM campaign 2022, Breaking  the Bias of KPMG Cyprus campaign 2022 and at the She Can Speak Campaign for young girls in Science STEAM Academy. She is a Global Ambassador for Cyprus in WomenTech Network 2022 and included in the list of “10 Women to watch in 2022” by the Global Woman Network. She is a Falling Walls Venture Finalist for the Breakthrough Start-up of the year 2022 and included in the European “50 Female Founders 2022” by the European Commissioner for Innovation, Research, Culture, Education and Youth.

Christiana Varda, Founder of Media What 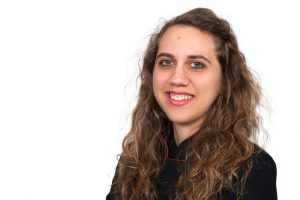 Christiana Varda is the Founder of Media What, an Cyprus-based non-profit focused on promoting media education through participatory digital media. She is also currently an Associate Researcher and PhD candidate at the Media, Cognition and Learning Research Group, at Cyprus University of Technology, and her research focuses on emotions, epistemic cognition, misinformation, informal learning and media literacy. She is currently working on JOUREDIS (Journalists Resisting Disinformation Through Science Communication Online), a project funded by the U.S. State Department’s Alumni Engagement Innovation Fund. The project aims to support journalists when reporting on controversial, misinformation-prone scientific issues through evidence-based communication strategies that can help citizens epistemically evaluate information claims. Recent past projects Christiana has worked on include, Co-Inform, a European-funded Horizon 2020 research project which developed co-created tools that would increase society’s resilience to online misinformation, and POWER (Portraits of Women’s Empowered Representations), which explored women’s media representations in Cyprus and their impact on everyday life.  Christiana graduated as a Schreyer Honors Scholar from the Pennsylvania State University, where she studied on a full CASP / Fulbright scholarship. She holds a BA in Communications (Journalism) and a BA in English; she also holds an MA in Interactive Multimedia from the Cyprus University of Technology. You can watch Christiana’s TEDx talk Have social media failed us? here. 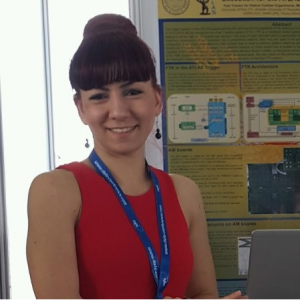 Dr. Calliope-Louisa Sotiropoulou is an electronics engineer and holds the position of R&D Manager at Campera Electronic Systems Srl. Recent projects include Radar applications development and verification systems, real-time image processing for biomedical applications, real-time monitoring for plasma engines and others. Previously she was a post-doc researcher for the INFN (Istituto Nazionale di Fisica Nucleare) in Pisa where she worked for the Trigger and Data Acquisition System of the ATLAS Detector at CERN and an innovating system for the identification of Alzheimer’s disease using FPGAs and machine learning (IEEE Transactions of Nuclear Science Best Paper Award). Calliope was selected as one of the “Women of LHC” as part of a CERN campaign to promote women in science (2015) and received a Marie Curie Scholarship for her post-doc research. As a person with experience in the transition from academia to industry, Calliope motivates students to experience both worlds and strongly supports internship programs. 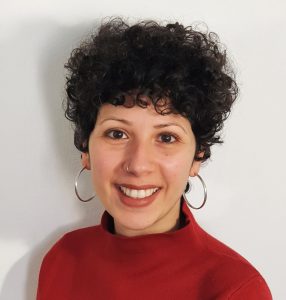 Eleni is an architect, researcher, and educator. She is currently a Research Associate at the Cyprus University of Technology coordinating multiple tasks of the EUt+ project on the topics of Inclusiveness and Embeddedness in Higher Education and Research. Eleni is also an Associate Trainer, Researcher and Mentor to several organizations in Cyprus on the topics of Peace Education, Gender History and Space, as well as Inclusion and Entrepreneurship. Eleni’s interests are focused on the intersections of Design Thinking and Space with the topics of Gender Equality, Inclusion, Diversity, and Intersectionality. She has experience in designing and facilitating critical, experiential, and participatory workshops and events, and in writing, editing, and designing educational material and scientific publications. Eleni studied Architecture Engineering at the Polytechnical School of Patras in Greece and holds a PhD in Architecture from the Faculty of Social Sciences at the University of Sheffield in UK.