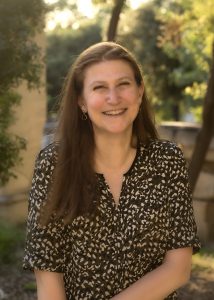 Existing methods classify emotions independently, without considering that emotions can co-exist. Such approaches overlook potential ambiguities, in which multiple emotions overlap. However, emotions are not independent; a specific emotive expression can be associated with multiple emotions. Deep learning methods can learn meaningful associations between emotion classes and words automatically. I will describe an application of this approach used to capture public emotions and topics during COVID-19 in the UK.  In addition, existing techniques for detecting mental health issues from social media lack the ability to understand and model the mental states of speakers (mentalization) for complex mental state reasoning.  I will present methods which are mental state knowledge-aware for early stress and depression detection from social media, showing that mental state knowledge infusion can select aspects of the speakers’ mental states. Last, I will present the effect of gender in emotion detection, presenting solutions for measuring and mitigating gender bias in emotion detection.

Professor Sophia Ananiadou, a Turing Fellow, is with the Department of Computer Science, School of Engineering at the University of Manchester.

She is the Director of  the National Centre for Text Mining (http://www.nactem.ac.uk/) and the Deputy Director of the Institute for Data Science and Artificial Intelligence at the University of Manchester. Prof. Ananiadou’s main contributions are in the area of text mining and natural language processing. She is director of The National Centre for Text Mining (NaCTeM) the first publicly funded centre of its type in the world. She is one of three of the prize awarded by UMIP in the Next Big Thing competition, to help with commercialisation of NaCTeM’s RobotAnalyst system, which can drastically reduce human analyst effort when undertaking systematic reviews. Her research has resulted in the publication of over 350 peer-reviewed publications in journals and conferences, and an overall H-Index of 51 (Google Scholar) with over 10,000 citations, placing her in the top 30 most cited scholars worldwide in text mining. 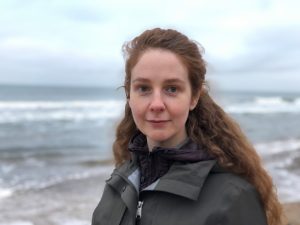 Talk Title: “Invention from outside the mainstream”

For the last 15 years my research team have been designing, developing and deploying technologies that relate to intimate health, and women’s health topics. The early work that myself and my research team undertook sought to establish women’s health and women’s bodies as a place that has relevant research opportunities for the HCI and IxD community. We attempted to show how working within the context required new design methods; and to showcase the role that mobile technologies might play in helping to providing knowledge, skills and access to resources so urgently needed to reduce women’s health inequalities. It is within this background setting that I want to discuss how taking perspectives from the sidelines – in this case women’s health – can lead to opportunities for innovation and creativity. So often we look at designs and deployments outside of the mainstream as merely interesting applications of technology to a niche setting where the concern is doing good, to help, or to solve problems. In this talk, I will argue that engaging with issues outside the mainstream – such as women’s health and intimate health topics – can compel designers and engineers alike to also innovate on interaction techniques and technologies. To illustrate this argument I will draw on the current work of my research team to show how our understanding of intimacy and touch can transform current perspectives in haptics and shape changing technologies.

Madeline Balaam is an interaction design researcher working at the intersection of intimate health, the body and touch. She is an Associate Professor in Interaction Design at KTH Royal Institute of Technology, where she founded the Digital Women’s Health group at KTH which up until now has focused its attention on revolutionising the ways in which women’s bodies and women’s health issues are responded to by design and technology. She takes a feminist perspective to her research and brings with her a strong belief that design and technology can be used to make positive change in the world. Madeline has published her work extensively at ACM CHI and ACM DIS and has received five best paper awards from the venues over the last five years. Her work is funded by VR, SSF and Digital Futures and from September she will begin an ERC-funded project in ‘Intimate Touch: Designing for where technology meets the body”.