Kathleen Richardson is Professor of Ethics and Culture of Robots and AI at De Montfort University, Leicester. She studied social anthropology at Cambridge University where she studied the making of social robots at MIT. Her work examines what it means to be human in the age of robots and AI and can machines replace intimate human relationships. In 2015 she founded the Campaign Against Sex Robots warning against the normalisation of the idea that women could be replaced with ‘sex-machines’. Since then here work has explored what kind of robotics and AI could develop if women’s humanity was recognised.

Title of talk: A dystopia in the making? – the rise and rise of ethics of robotics and AI

Philosophical ethics is the study of principles to guide moral action of human and societal institutions. There is no absolute ethics, and ethics as a philosophical system can be used to argue many different viewpoints, even contradictory ones. Moreover, many wealthy corporations with poor rates of employing women or people of colour or distributing wealth are presenting their companies as committed to ethics. But can a humanistic ethics exist alongside a class, sex or racial hierarchy? Are there limits to ethics that we need to consider? And what about the humanity of women, can the commercial sexual exploitation coexist alongside women’s freedom and liberation? This talk will explore these themes through a discussion of sex robots, libertarianism, ethics and contemporary AI. 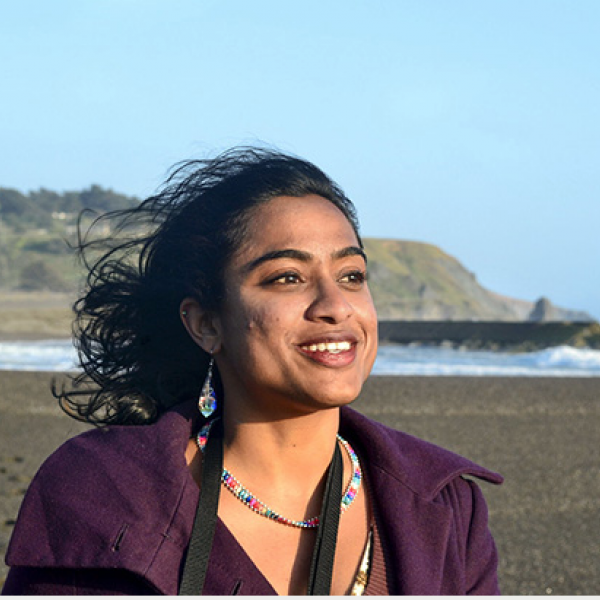 Radha Narayan joined Google as a software engineer in 2005 from Cornell University, where she received a B.S. in Computer Science and a B.A. in Philosophy. She has been involved in several projects including the redesign of Google Maps, the infrastructure behind Google Search, and now works on improving the health of Android devices. She has moved across a few roles including program management and people management. She is one of the people behind Google’s first Pride easter eggs, and runs a scholarship at her alma mater for women in engineering. She grew up in Iraq, Saudi Arabia and Canada, and writes short fiction and novels.

Title of talk: The Four C’s of a Fulfilling Career

Being good at your work gives you a sense of achievement, a key ingredient of life satisfaction discovered by positive psychology. It also gives you the power to negotiate for the other components of a fulfilling job, such as the ability to work on meaningful projects and undertake engaging tasks. The journey is usually the most interesting piece – here is a snapshot of Radha’s, a Google Employee, first 10 years in tech…

We are happy to announce the first panel in womENcourage 2018 Conference on Building Computing Systems and Services for the Society by Tiziana Catarci, from the University of Rome “La Sapienza”!

I will be at @ACMwomENcourage 2018 attending on behalf of @googlestudents Will any of you be there in Belgrade? If not, why not register here: https://t.co/NPpWuC6Of6

Only 6 days left for early registration. Make sure you secure your Early Bird ticket! Join us in #Belgrade at #womENcourage18. https://t.co/1GRdMtaTD0

Would you like to organize the next womENcourage Celebration? Submit your proposal by 25 September, 2018 using the template available to download on the conference website. #womENcourage2018 #womENcourage2019 https://t.co/anwfzMYadi

Time is ticking and #womENcourage18 is soon! We have great keynote speakers taking about #ethics #robotics #AI #womenintech and more. Join us in #Belgrade and please do not miss the early registration. @ACMwomENcourage

Reply on TwitterRetweet on Twitter5Like on Twitter3Twitter
Load More...